From Sperm Donor to Husband

Just before the pandemic was announced, I hit rock bottom in my inner world. Physically I was safe, but internally I was falling apart. 🥺

I was racked with grief over a regretted abortion and a subsequent marriage break up.

I desperately wanted to turn back time, and be with my baby and my man, but time does not turn back. Ever.

It only rolls forward and we make most of our mistakes, doing better next time.

A wise friend told me, “Jena, your fertility clock is ticking. If you don’t find your man, have your baby with a sperm donor. Then you’ll meet your man later, when you have the baby.”

This made sense to me, so on January 1, 2020, I gave myself a year to be re-married and pregnant. If I did not succeed with this, I would then go for a sperm donor and make the most of it.

Two months later my area “locked down” and a quarantine that would last for months began.
At this time, not even my trusted friends were willing to socialize with me. It was a very solitary time of staying at home. 🏡

How on Earth could I meet someone in this time of extreme isolation?

I did, however, connect with a man I’d met Brazilian partner dancing. We could have fun dancing, plus he owned horses and was willing to teach me horse-riding in wild and beautiful places.

We weren’t in love and never committed to each other but he was my “corona lockdown companion,” and that was enough. Furthermore, he had a vasectomy so pregnancy wasn’t a consideration.

I told him I’d be getting a sperm donor if I hadn’t met anyone to have a baby with by the end of the year. At first he was supportive and then ended our relationship abruptly, and that was that.

I focused on my mission to find my sperm donor, and continued undeterred. 🎯

After educating myself on the options, I decided I wanted a “known donor,” someone I actually know (as opposed to an anonymous donor from a sperm bank.)

I scoured my mental list of the men I know, to see who might be a match. I started making requests, and at first everyone I asked said no.

Finally, one said yes. I was thrilled and ready to give it a go. But then he said, “I’m not available this month, you’ll need to wait until next month.”

Full of impatience, I didn’t want to and I kept going down my list. 📋

The next candidate was someone I’d met only twice, though I’d heard him play music and seen him naked in a hot tub and I was impressed with what I heard and saw. 🤩 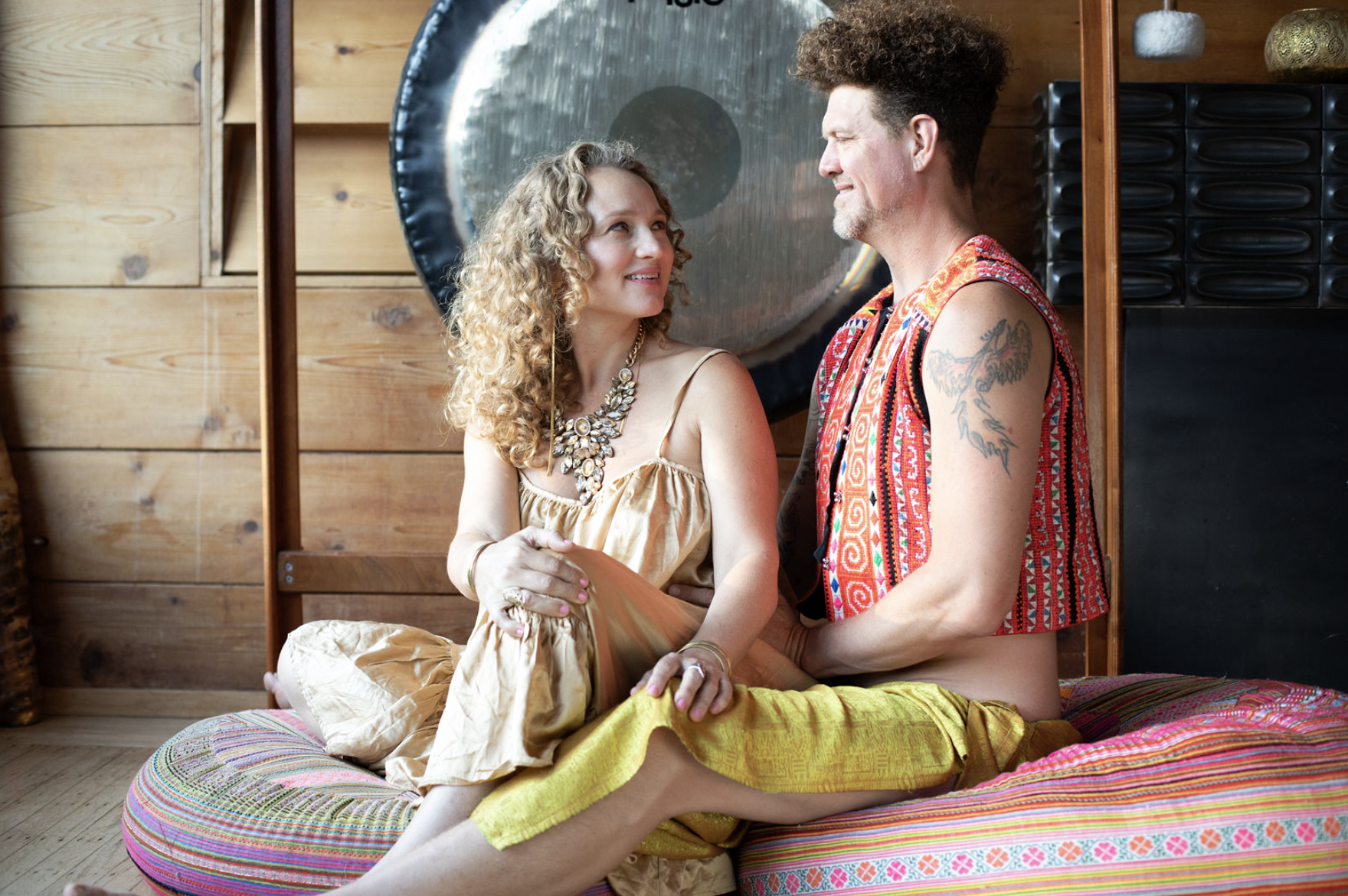 Before I had the courage to reach out to him, he reached out to me. “How about having that New Year’s Eve party at your house?” he asked, referring to an idea he’d proposed in that fated hot tub. 🛀

So we got on the phone to talk about the party, and I blurted it out.

“I’m looking for a sperm donor. Would you consider donating to me?”

His response was instantly warm and positive. 😊

“Let’s meet in person and discuss it,” he suggested.

We made a plan that Friday night to talk about it face to face at my place.

It was a fateful night in many ways. In his presence, I made an altar to the child spirit with red roses and white candles, and shared my prayer of becoming a mother. 🌹🕯️🙏

“Would you be my sperm donor?” I asked directly.

I lit up with happiness hearing his yes, and was equally taken aback by his question to me.

Speechless at first, I finally responded with my heart pounding, “Yes, I’d be potentially open to marriage. Let’s get to know each other first.”

Fast forward, two years later, we are married and 9-months pregnant with a girl on the way. 🤰👧

We believe the baby spirit brought us together, like an arranged marriage, and we’ve been getting to know each other ever since. 👫

It sounds like a Rom-Com script, but it’s our true love story. 🥰

Nine months later, we got married at Burning Man with a small circle of friends, and though we have our share of challenges, we are committed and in love.

It’s an unlikely tale, from sperm donor to husband and father, and I am so grateful. 🙏

I feel really blessed that I met this special man, with whom I am co-creating on many planes—artistically, spiritually, domestically, and by birthing a child. 🤱

Someone once told me, “If a woman gets to the point where she wants a child so sincerely that she’s willing to go for a sperm donor, that the Universe responds by drawing in men who want to be fathers.” It’s a beautiful thought, and that’s what happened to me. ✨ 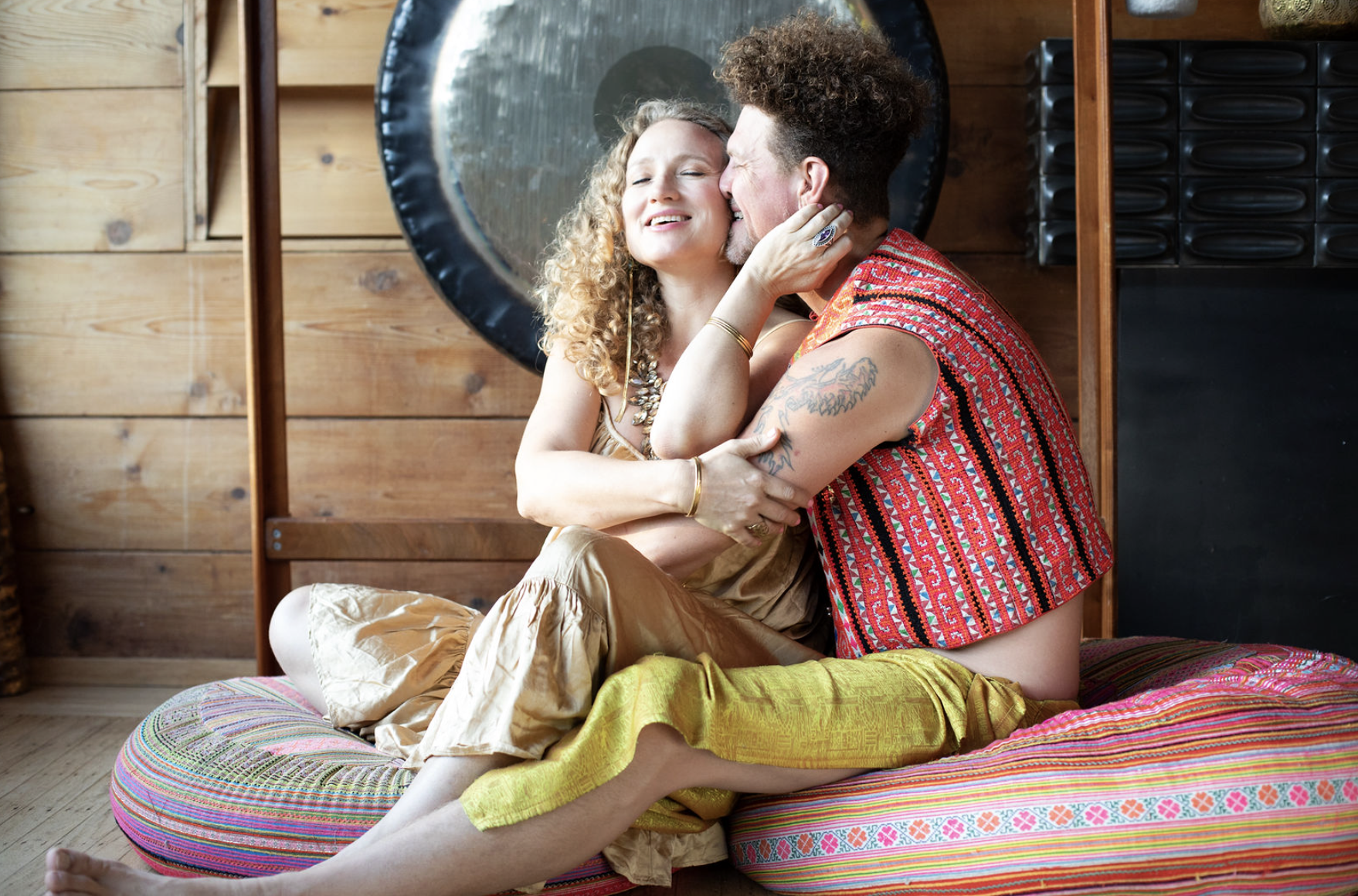 My observation of my story is that I had the courage to go for it. Going for a sperm donor was not comfortable in the slightest! It was extremely difficult and confronting to all parts of myself.

But I wanted a child so much, I went for it, and I was rewarded. 💝

This is what I want for you, the courage to go for what you really want in life—even if it seems difficult—and to reap the rewards of your most daring dreams and desires.
If deep sensual embodiment and sexual satisfaction—or what I call Sensual Siren Activation, referring to the archetype within all women that already expresses these qualities—is on your desire list, then I have a special invitation for you. 💌

My passion is to activate these superpowers in women who hear the cry of their feminine soul for more pleasure, including more sensuality in daily life, and more orgasms in the bedroom. 🔥💦

I teach you how to set up those conditions for yourself, from your mindset to how you treat your body, so that you easily flower into your full Pleasure Potential. 🚀

[First Name], I’m expanding beyond anything I’ve ever know so far, and I hold out my hand for you to likewise expand beyond your presently-known limits of sensual and sexual expression and fulfillment. 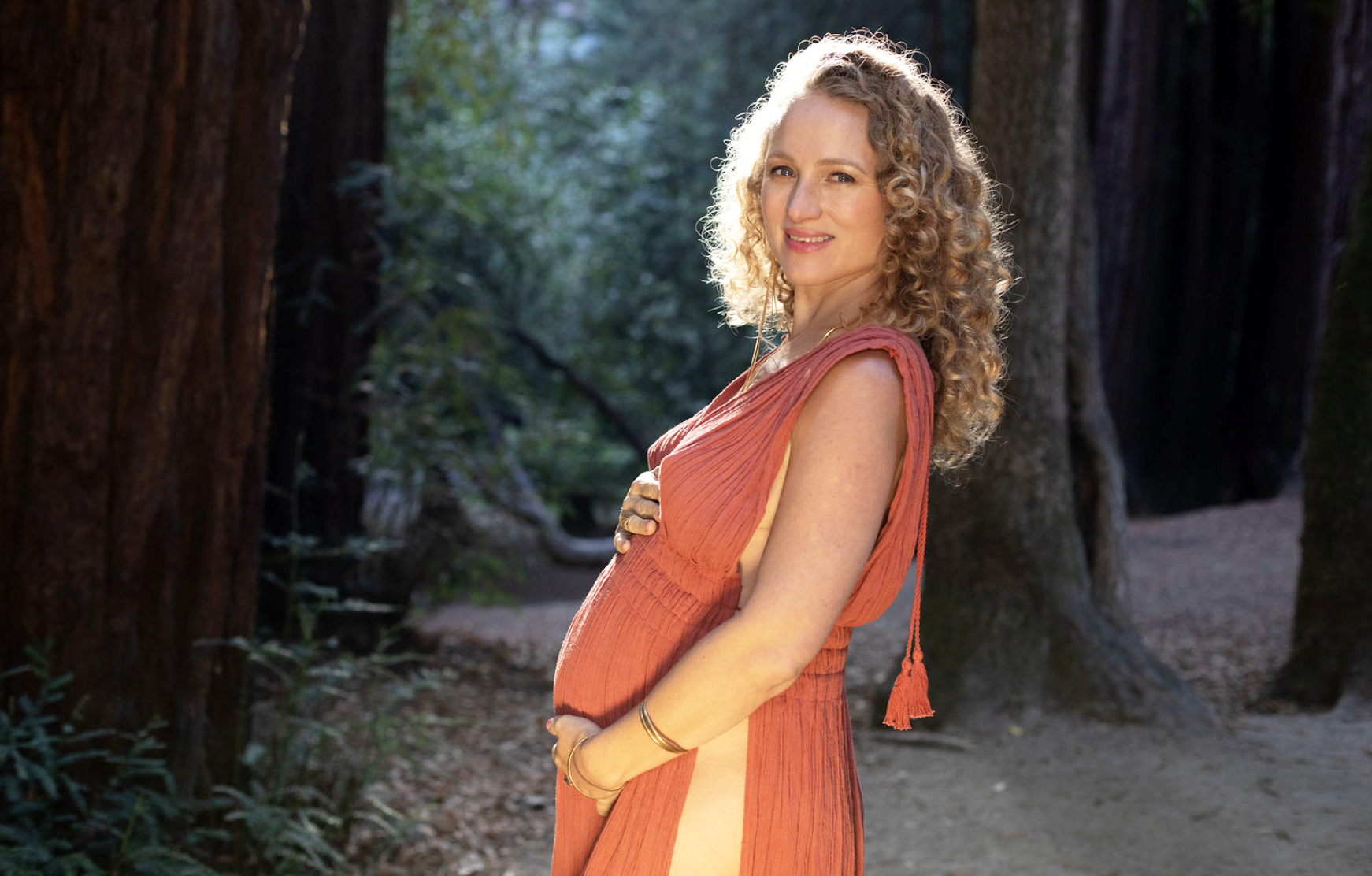 It’s a small group Immersion with 5 women only, allowing for personal attention for every woman in the group.

Take refuge in the safe space I offer and the infectious courage that’s present in this group.

P.S. I’m excited to support you to transform in the ways you want to, and to reach new heights of connection with your holy, sensual female animal. Check out the 21-day Immersion here.

From Sperm Donor to Husband2023-01-102023-01-10https://www.jenalaflamme.com/wp-content/uploads/2018/03/jenalaflamme_gblacklogo_250px_2018.pngJena la Flammehttps://www.jenalaflamme.com/wp-content/uploads/2023/01/4026.cf1f15f72875f93d9174a0981ae7d914.png200px200px
About
Jena
Jena la Flamme is a leading teacher of Sexual Empowerment and Body Confidence, and the creator of the Pleasurable Movement Experience. She is also a pleasurable weight loss expert, and published author of Pleasurable Weight Loss: The Secrets of Feeling Great, Losing Weight and Loving Your Life Today. Jena’s teachings show that pleasure is not a contradiction to a healthy, fulfilled life, but a requisite, essential ingredient. Jena’s mission is to spread the knowledge that our bodies and our pleasure are sacred, and worthy of our trust, love and dedication. Through her private coaching, eCourses, movement journeys, meditations, transformational workshops and ceremonies, Jena helps women reconnect with their bodies as wise, intelligent, intuitive, pleasure-loving animals, and their natural instinct for pleasure. During her ten year struggle with food, weight, and bad body image, Jena despised her body and was highly suspicious of pleasure. This lasted until she discovered that her issue wasn’t that she was having too much pleasure, it was that she wasn’t having enough! As she learned to trust the wisdom of her body and to trust pleasure, she came to peace with food. Her figure and her body image transformed. Since then, Jena has devoted her life to showing women around the world how to be in tune with the innate wisdom of their bodies and how they too can be at peace with food while feeling great every step of the way. She takes a fierce stand for all women to take pride in themselves and their feminine nature. Jena’s unique approach to weight loss and lifestyle have made her a much sought-after teacher. She has been featured in Elle, Glamour, The New York Times and Prevention magazine. © 2018 Jena la Flamme

© 2019 Jena la Flamme. All Right Reserved. Photography of Jena by In Her Image Photography
Contact Us

We're not around right now. But you can send us an email and we'll get back to you, asap.